Our deepest gratitude to Paul Jacobs for taking the time and teaching us a high learning of spiritualism. We happy to share his link. https://www.mediumpauljacobs.com/ 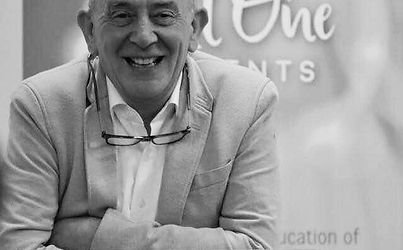 Paul has been a Spiritualist since 1983. The first Spiritualist church he visited was Wolverhampton SNU Church, in the West Midlands, England. In his own words "It was like coming home." He recognized that he had found something, but did not know what it was.
The lady taking that first service was none other than Paul's own great aunt, Lavinia, whom he had not seen for many years. Not knowing that she was a medium, it came as quite a surprise! A few months later Lavinia introduced Paul to Longton Church and Gordon Higginson. Gordon was not just President of the church but also President of the Spiritualists' National Union, Principal of the Arthur Findlay College and one of the finest all- round mediums of the 20th century.
From that time on Gordon became a personal friend and mentor teaching. Paul not only to recognize but also to unfold his latent mediumistic gifts. Paul's first public demonstration came in 1990 after 7 years of intensive development under the guidance of Gordon and Martin Young. For the next 2 years most of his public work was combined demonstrations with Gordon and Simon James, who was also under Gordon's guidance.

1993 was a very important year for Paul. In this year he became a tutor at the world-famous Arthur Findlay College. This was a major step forward because for the previous 6 years he had been organizing courses, now he had to teach as well. Gordon passed to the world of spirit, and Paul took over as President of Longton Church. He also gave up his business to become a professional medium. https://www.mediumpauljacobs.com/

Each individual will receive a Zoom link a few days prior to the class. If you have not received a link, please check the spam or contact us by email for it to be resent to you. Thank you for your support.